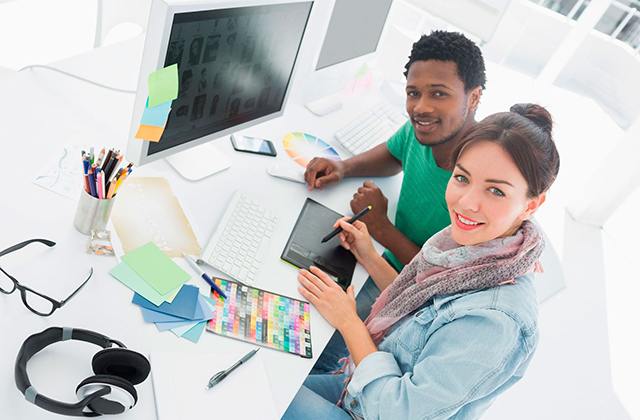 Outside the film industry storyboard artist film job is just fine because there are plenty of opportunities for storyboard artists exist outside of entertainment. Recently somebody asked me a question. The question was short but simple and straight to the point.

‘Please I need help in producing a cartoon. I can write but cant draw. How do I start?’.

I thought that it was a question whose answer should be shared, and therefore instead of answering directly on the article I thought I would make it an article instead. So here it is. If you can write, but cannot draw or animate, what can you do to embark upon the path of cartoon production?

Well, believe it or not, a writer’s chances of producing a cartoon is even better than an animator’s!

Not convinced? Heard of the saying – “it’s all in the plot”?

75% of a cartoon’s success is dependent on a good concept and storyline, not how good the cast is or how good the animation is! Look at South Park! Do you call that good animation? But has the ridiculously simple flash animation stopped South Park from making families across the world roar with laughter and the producers from making obscene amounts of money? No! Yet South Park would just be a piece of crappy animation without the magic of the scripts! Incidentally, the producers are also the writers in most, if not all, of the scripts.

On the other hand, an artist is an artist is an artist. An animator is an animator is an animator. They usually just draw or animate. But please don’t get me wrong. There are some multi-talented animators and artists who can think of great concepts and ideas too. Just that the specialization is somewhat different and if you start off as a writer, you are more in tune with the top line aspects of producing a cartoon.

Now, if you are convinced you can really write, you may like to follow the steps below to embark on your journey to produce a cartoon.

1. Come up with a strong story concept and think of all the characters that would be in the story.

2. Work with an artist either through a partnership or through outsourcing to create a character bible.

Here, you can (a) pitch your cartoon character bible to them (b) offer to write a few sample synopsis and a sample episode for one of their ongoing cartoon series.

You would be very very very lucky if a studio options your cartoon concept and decides to produce it! It usually doesn’t happen for newbies because they don’t like to take chances with newbies, but most likely it’s because new writers just don’t have the ‘ooomph’ factor in their ideas yet.

Either way, if you are really good at your writing, it opens up the opportunity for them to consider you for a writing contract. If you fail to get an assignment, politely ask the studio for the reason. If it’s because they think you aren’t good enough, it probably means you aren’t good enough. You can go back to hone your skills some more or you can carry on trying. If more than 3 studios tell you the same thing it usually means you really aren’t good enough yet. But practice makes perfect. If you keep trying you would probably get your first assignment,

4. Once you get your first assignment, cherish it like gold! Be flexible about everything (including payment) and cherish the opportunity. Don’t do anything to destroy this silver bullet and do it like it’s your first and last chance! Nobody likes to work with people who are too straight laced and the truth is – after you carve a name for yourself in the industry – companies will scramble for your services even if you are expensive. Don’t be prima donna when you are just a newbie. In fact, my advice to you is never to be a prima donna.

5. Try to be involved in as many parts of the production as possible. Ask to be involved in checking out the storyboards and offering your 2 cents on how you think the camera angles should play out. Ask to see the animatics so that you can give your opinion on the pacing and also the animation. You get the idea. Don’t ask for extra fees because most studios would rather do without your help in these areas then. But you can gently request for some credits for offering your creative input. That at an early stage in your career is worth more than money! But don’t be too pushy because studios rarely want to give producer or creative credits to a newbie, no matter how good you think you may be. The idea here is to get you as much experience as possible on other parts of the production pipeline. A digital marketing can give more opinion to your cartoon project.

6. As you get more experience working on such projects, you can begin negotiating for larger roles besides being just the writer. And the best part is, you can start pitching your ideas to TV networks and studios and you can bet some good moolah that they would want to listen to what you have to say!

You can visit the Mediafreaks blog to pick up more tips on design and animation.