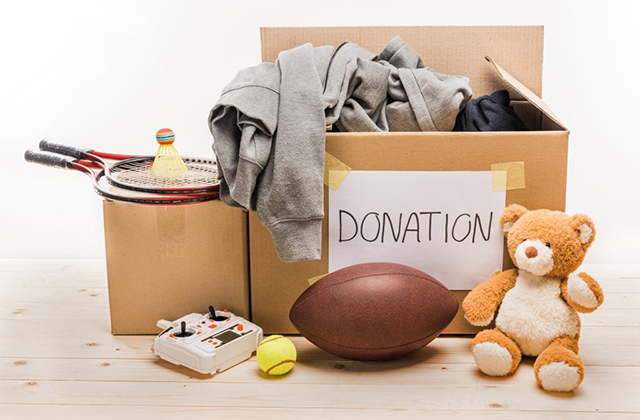 Bring more meaning to your life by donating to charity. I love to talk about longevity. I think it’s very fascinating to think about and crucial for me to help people plan for. For ages. humans have scrambled to avert their own mortality. Whether it was the Fountain of Youth or the Holy Grail people have sacrificed their lives to extend them.

If you asked your grandparents how long they think they would live they may have guessed around 60-70. If you asked your parents the same question they may have said 70-80. If I asked you, the answer would probably be around 80-90, but with a stronger feeling of uncertainty that it could be longer. More than ever we’re seeing the oldest among us live to incredible ages. Someone living beyond 90 is not terribly uncommon.

My specialty is working with Baby Boomers and when I do financial planning for them I project their financial situation up to age 100 and even then try to plan for a safety net in case they live another 10-20 years (yes, this would be age 120). The math going on in my mind is that let’s say someone is 65. When they turn 85 the year will be 2032.

Question #1: What medical advances have occurred in the last 20 years?

Question #3: Is it safe to assume that in the next 20 years we’ll see many wonderful, even bizarre advancements that will be available to you and will prevent you from dying of what people normally die of now?

I love working with an older clientele, but the sad aspect of it is that each year I have several pass away. When I think of what they’ve ultimately died of in the past year they were:

They are all things with many promising cures and treatments on the horizon. Often medical advancements are not outright “cures”, but treatments that keep their disease at bay. In the past 20 years we’ve gotten to the point where if HIV/AIDS is treated and people don’t usually die of it. Breast and prostate cancer have made amazing gains through early detection awareness. Heart disease and blood flow is easily and routinely monitored to catch problems before they happen. However, in the next 20 years here are some things coming down the medical pipeline:

2. Organ Generation – The team that successfully grew and implanted a bladder is working to grow 20 other organs and tissues. The team expects to be able to create livers, lungs and other complicated digestive organs by around 2016 and hearts by the end of the decade. The implication being a world of replacement organs.

3. Tissue cleansing – Not the type the TV preacher’s talking about. In 2009 scientist took a frog, put it under anesthesia, removed its heart and “rinsed” its cells away until the protein structure of the heart was all that was left, regrew the cells on that structure using the frog’s own stem cells, put it back in him, did froggy CPR and off he hopped with a heart new as the day he was born.

All of these do not involve controversial embryonic stem cells. Which by the way, studies are giving hope that doctors could use umbilical cord blood cells. After a baby is born the parents could donate the placenta and umbilical cord for their stem cells.

While a lot of these things are still in their infancy, the reality is that there are tens of thousands of people walking around right now who have successfully undergone these treatments. It is easy to imagine that 20 years from now, when someone who is 65 today and is 85 then, will have many more medical options available to them that are unimaginable today. But it gets better. These are all solutions coming forth in the next decade. Some ones beyond that are:

2. The blurring of man and machine – Experiments are being done to test how much the human brain and computers can interact. So far, scientists have been able to remotely control a robotic arm just by thinking (the scientist still had both of his arms and this was a third arm to him). The same scientist looked to see if he could understand what a machine was telling him and hooked up a sonar machine to his nervous system and could sense distances and demonstrated it under a blind folded test. He described that with the machine connect this “felt near or far away”. The implications of this are complicated but it suggests that in the future we will have devices available to us that supplement our biology.

3. Nanotechnology – This quickly emerging field has many medical hopes such as reversing Alzheimer’s, reversing aging, very early cancer detection and cell regeneration. The idea is that humans could have microscopic medical machines inside of them that look for problems in their body and fix them physically or inject very specific regions with medicine. This is already happening at some level.

Personally I find all of this fascinating and disturbing. Some of it feels like naïve to even think about as a possibility, but none of it seems biologically impossible. This becomes interesting when it comes to financial planning. Consider this… if someone is 65 now and expects to live 20 years and die at 85, is it not possible that in the next 20 years of medical advances that we’d come up with treatments and detection that will make that person live another 10 years? Now, in that additional 10 years of being on earth, is it not possible that further medical advancements would enable that person to live maybe another 10 years? And in that additional decade… you get the idea.

Right now each year we’re adding about three months to life expectancy and the rate at which we’re adding time to people’s lives is going up. If we get to the point where each year we add another year to life expectancy, it makes the question of “how long should I expect to live?” very ambiguous. When it comes to financial planning for Baby Boomers, this is what is going on in my mind. It’s something that may not happen, but to me it is a risk to be planned for. While the thought of living to 115 is marvelous, it is also a risk that if you retire at 65 it means that your retirement savings needs to last 50 years.

The opinions voiced in this material are for general information only and are not intended to provide specific advice or recommendations for any individual. To determine which investment(s) may be appropriate for you, consult your financial advisor prior to investing. All performance referenced is historical and is no guarantee of future results. All indices are unmanaged and may not be invested into directly.